Today’s coronavirus changes the playing field for all significant transactions in place or prepared to have occurred in the near future, but are not yet closed. This content summarizes some observations from our involvement in the middle market over these past weeks since the virus hit the United States.

We see that many investments sponsors are seeing significant negative financial issues causing them to rethink existing terms and deals that in process. Numerous transactions have been put on hold pending a clearer vision of what the world will be like after these events. Internal rate of returns are expected to be modified, along with the changing assessment of risk.

Investors are now having to pause before moving forward because they must decide where they are on their existing portfolio investments. Deals may become more difficult to complete in the new normal.

We are seeing a significant shift in credit markets across all industries. Lending institutions, and as well as non-traditional sources are hesitant to make any deals or revise old ones until a clearer vision of the future is available .

The US market may become more visible when we get on the backside of the pandemic, as the number of cases begins to subside. Then we will have a credit market with new parameters.

Credit markets are tight right now. Non-traditional and non-bank lending sources who stepped in greatly during the last recession may be among the hardest hit by the current crisis after years of looser credit terms offered to the market.

Many companies are now turning to internally generated funds to drive profitability in cash for reinvestment in their businesses. They recognize it may be difficult to access credit capital markets in the near term.

Many private equity companies are encouraging their current investments to actively draw down on revolving lines of credit and other sources of financing to put as much cash on the balance sheet to weather the storm. We are advising our clients to proactively manage their networking capital, while trying to gain as much visibility in the short-term cash management areas of liquidity, discretionary spending, and short-term profitability improvement.

We expect valuations will likely decrease, even though long-term favorable interest rates may be available to finance such transactions. Valuations in the near-term are expected to be lower.

In recent years, significant due diligence has been performed electronically, with less work performed in person. Accordingly, deals can still go further with less travel given the current coronavirus situation. However, most deals don’t get closed without having some face-to-face interaction among the parties working on, or negotiating a deal. This may change moving forward.

Technology continues to be the emphasis on maintaining productivity or gaining improvements for all workers. Many companies are now seeing the advantages of cloud-based technology to permit remote work.

What we are seeing in other countries

Recent travel restrictions and social distancing across the United States and other countries has caused a dramatic decrease in global activities initially, and now domestically. Assuming early parts of the world with the virus begin to stabilize, the US may be able to take advantage of their lessons learned.

Many manufacturers across the world are seeing implications from the virus. Due to timing of the outbreak in China around the Chinese New Year (CNY), very large orders were prepped by the Chinese before the CNY and were ready for shipment right after. This helped many companies sourcing products from China. However, companies could now begin to see a shortage. Apple and other computer suppliers are already experiencing shortages. The good news is, 97% of all Chinese factories have reopened, and over 67% of these employees have returned to work. Companies in China are actively working through backlogs. Many social events and facilities such as malls and department stores are now re-opening as well.

In the wake of chaos being created by the coronavirus, many deals are being delayed and may not be able to be completed in the near term. For sure, the speed of change in deal making is accelerating exponentially. It is a whole new M&A world and we are here to help advise where needed. Please reach out with any concerns. 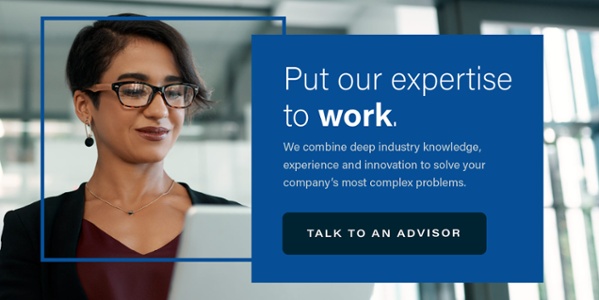